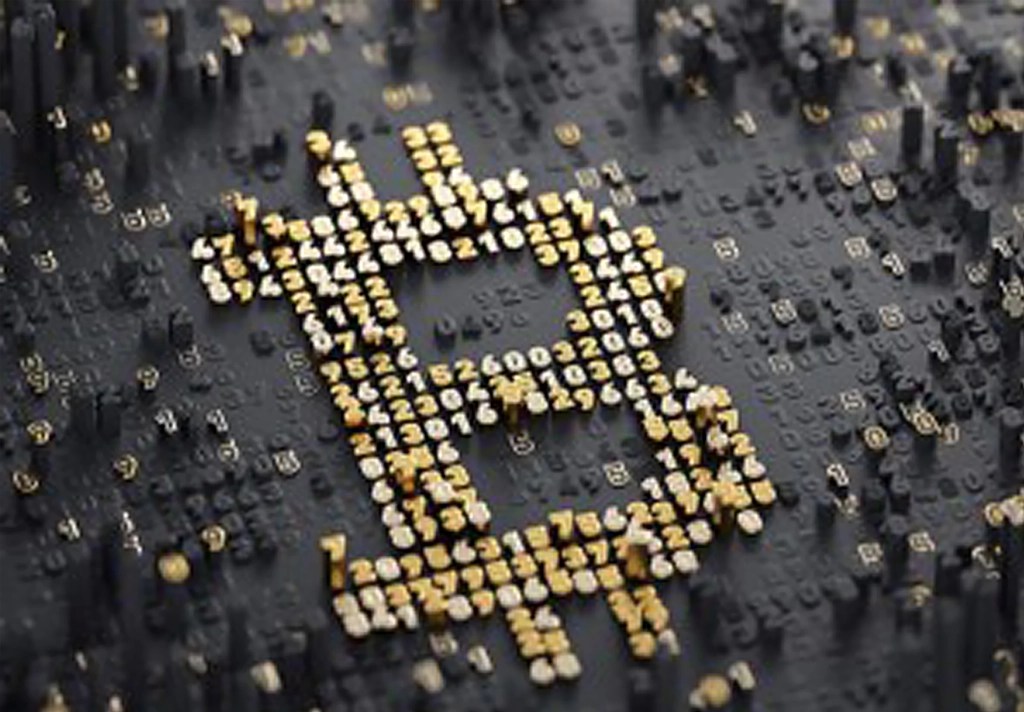 December 18, 2020 | 5 minute read
Download the update
We take a look back at the events that shaped the past year both within the digital asset ecosystem as well as traditional finance.

In this research note we take a look back at the events that shaped the past year both within the digital asset ecosystem as well as traditional finance. Without a doubt, COVID-19, the presidential election, and growing social unrest stand out to us as the themes we will remember 2020 by. For those involved in digital asset and financial markets, the year will be remembered for its tumult, but also for the secular changes that the social, political, and economic environment hastened.

It was a busy year regarding Bitcoin and there were numerous events across the digital asset ecosystem. The following annotated price chart of bitcoin highlights some of the important events for institutional investors within this space, including macroeconomic developments, technical milestones, institutional and corporate adoption, and regulatory events.

Without a doubt the most anticipated event for bitcoin this year was the reward halving event in May. Every 210,000 blocks, roughly every 4 years, the Bitcoin protocol reduces the amount of bitcoin it pays to miners for creating new blocks and encoding transactions by 50%. On May 12th, Bitcoin underwent just the third reward halving in its history, reducing the block reward to 6.25 bitcoins from 12.5 bitcoins. There were equal amounts of hype and fear around the event. On the hype side, despite the broad awareness of such events, halvings have been historical markers for bitcoin’s cyclical price rises. On the fear side, investors worried about the potential impact reduced block rewards would have on network hash rate and thus security.

The period of Thursday, March 12th to Friday, March 13th will forever be remembered in bitcoin’s trading history. During this span, the price of bitcoin dropped precipitously, from just over $8,000 to just under $3,850, making it one of the sharpest sell-offs in bitcoin’s history. A confluence of factors was at play to create this shock. First, the traditional stock, bond, and commodity markets were reeling in the face of economic calamity caused by COVID-19. Demand for cash was skyrocketing with traditional assets selling off, and bitcoin, a liquid asset, was not immune to the phenomena. Second, over-leveraged futures positions resulted in margin liquidations on popular derivatives exchanges. Further exacerbating the issue were automated liquidation engines run by the exchanges. These were designed to ensure compliance with margin requirements but instead appeared to exacerbate the trade imbalance issue. The selling did not stop until a reported DDoS attack took BitMEX offline. When the smoke cleared, Deribit had used up its entire insurance fund, a capital pool used to satisfy margin calls, and needed to inject 500 bitcoins of its own. BitMEX’s insurance fund, however, rose to an all-time high in terms of balances, as it liquidated $1.6B worth of long positions.

The Economic Impact and Fiscal Response to COVID-19

When we look back at the year 2020, far and away we think the year will be remembered for the COVID-19 virus and its impact on society. While COVID-19 is first and foremost a healthcare crisis, its spillover effects on the economy, politics, and social fabric are undeniable. With millions of people unemployed, businesses shuttered, and entire sectors of the economy impaired, it is no surprise both the Fed and legislators sprang into action. From our perspective, the Fed learned its lessons from the Global Financial Crisis of 2007 – 2008 and came out fast and strong on accommodative monetary policy. It started by taking target interest rates to 0% to 0.25% and upping quantitative easing, but actions quickly turned into resurrecting previously created asset purchase facilities and creating new ones. On the fiscal side, legislators passed the $2.2T CARES Act and are in discussions for another $900B stimulus package. While the current stimulus package in discussion is $1.3T lighter than the one that passed the House in October, the size of the fiscal stimulus will still be second, behind the Great Depression, in its ratio to GDP.

Throughout much of 2020, the question of whether bitcoin was correlated to “risk-on” assets, like the US stock market, or to “risk-off” or inflation hedges, like gold, was persistently discussed. We can understand why this can be confusing for some because at times bitcoin appears to be correlated to “risk-on” environments, and other times it is correlated to “risk-off” environments. The reality is that, on average, bitcoin has not been correlated to stocks or gold – 90-day rolling correlations average about 0.0. Rolling correlations do meander about 0.0, though, and they remain elevated compared to historical levels. We still do not see that as a reason to deny one of bitcoin’s most valuable financial properties – non-correlation to macro factors. Bitcoin might be increasingly adopted as a mainstream financial asset, but as our research piece on Bitcoin fundamentals showed a few weeks ago, we believe factors intrinsic to the Bitcoin network are likely determining its valuation. We think that is a good thing.

Since 2017, the crypto community has wondered when institutions would arrive in the digital asset space. With news coming seemingly every day regarding institutional and corporate ownership of bitcoin, we are pleased to declare not that they have arrived, but that the journey has started. The truth is that while high quality financial institutions and corporations continue to recognize the benefits of bitcoin ownership, both industries are structurally underweight the asset. We think the dwindling supply production and fixed-supply nature of the asset, bode well for bitcoin’s price appreciation in the future.

Happy holidays and have a happy New Year.

Discover how you can unlock the power of Bitcoin.
Contact us

This report has been prepared solely for informational purposes and does not represent investment advice or provide an opinion regarding the fairness of any transaction to any and all parties nor does it constitute an offer, solicitation or a recommendation to buy or sell any particular security or instrument or to adopt any investment strategy. Charts and graphs provided herein are for illustrative purposes only. This report does not represent valuation judgments with respect to any financial instrument, issuer, security or sector that may be described or referenced herein and does not represent a formal or official view of New York Digital Investment Group or its affiliates (“NYDIG”).

It should not be assumed that NYDIG will make investment recommendations in the future that are consistent with the views expressed herein, or use any or all of the techniques or methods of analysis described herein in managing client accounts. NYDIG may have positions (long or short) or engage in securities transactions that are not consistent with the information and views expressed in this report.

There can be no assurance that any investment strategy or technique will be successful. Historic market trends are not reliable indicators of actual future market behavior or future performance of any particular investment, which may differ materially, and should not be relied upon as such. Target or recommended allocations contained herein are subject to change. There is no assurance that such allocations will produce the desired results. The investment strategies, techniques or philosophies discussed herein may be unsuitable for investors depending on their specific investment objectives and financial situation.

Nothing contained herein constitutes investment, legal, tax or other advice nor is it to be relied on in making an investment or other decision. Legal advice can only be provided by legal counsel. Before deciding to proceed with any investment, investors should review all relevant investment considerations and consult with their own advisors. Any decision to invest should be made solely in reliance upon the definitive offering documents for the investment. NYDIG shall have no liability to any third party in respect of this report or any actions taken or decisions made as a consequence of the information set forth herein. By accepting this report in its entirety, the recipient acknowledges its understanding and acceptance of the foregoing terms.

Print this page
Email this page 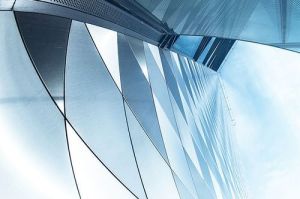 May was another difficult month for digital assets, with bitcoin ending the month 18% lower. 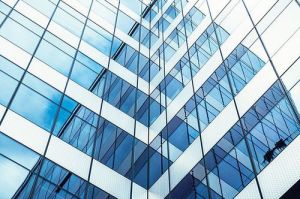 A Primer On Bitcoin Mining

Bitcoin mining is the act of expanding Bitcoin’s digital ledger — called the blockchain — and ensuring that it adheres to prescribed rules. 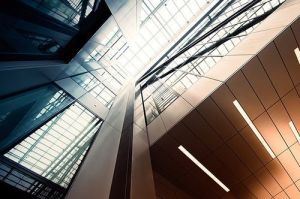 April was a difficult month for assets across the board amidst rising rates as the Federal Reserve attempts to curb inflation.

This website is provided for informational purposes only. None of the material on FSNYDIG.com is intended to be, nor does it constitute, a solicitation, recommendation or offer to buy or sell any security, financial product or instrument. Investors should conduct their own analysis and consult with professional advisors prior to making any investment decisions. Bitcoin investments have historically been highly volatile and are for investors with a high risk tolerance. Investors in bitcoin could lose the entire value of their investment.